This story by Daniel Herriges appeared on StrongTowns.org on October 6, 2021.

I never thought I’d be the type to own a swimming pool. Too much work, and I’m also a public park guy who grew up taking swimming lessons in the neighborhood municipal pool. But when I was in Florida, what the Floridians do, living down here after ten years, I finally took the plunge and got the absolute minimum version: a self-assemble, above-ground pool with a diameter of 4.50 m.

Everything was fine until we went away for a month to visit the family. Although we instructed a friend to do the basic, routine maintenance (no specific troubleshooting), we got home and the pool was green. Ninja turtles-might-might-come out green.

The following weeks were a frustrating, but somehow fascinating, lesson on an important fact about “systems thinking” and why I am writing this article:

Keeping a healthy system in stable equilibrium is relatively easy.

It is very difficult to rebalance an unhealthy system.

A truth at the core of the Strong Towns approach is that cities are complex systems in which millions of individuals and institutions make decisions that all influence one another, and causes and effects are difficult to identify, let alone predict accurately.

Tortured metaphor warning here before I start torturing you: A city, of course, has little to do with a swimming pool. The human capacity to act is far more complex than anything algae have ever discovered. A backyard pool isn’t really a complex system like an ecosystem, either. It’s a simplified version of one where chemistry can be reduced to a countable number of variables that can be understood – and as for biology, if there’s a lot of biodiversity in a pool, that means you’re screwed up.

But complex systems thinking is difficult to convey in writing, and a simplified metaphor is perfect for this.

I set out to buy some chemicals, treat the water, kill the algae, and be back to normal in no time.

Instead, the return to clear, clean water was a three-week ordeal that addressed not only the algae but chemical properties like alkalinity and pH, water hardness, etc. If any of these things are out of the correct, narrow range, the system as a whole may not be stable.

And repairing one thing repeatedly seemed to change something else. I was directed by my friendly local pool supplies store to use an enzyme solution to remove dead algae after shocking the water with intense amounts of chlorine for 36 hours. The problem? Chlorine itself quickly kills the enzymes that cleanse the algae. So I added a chlorine neutralizer to the pool but used too much. Then followed a week in which I could not increase the chlorine level again and the algae returned. Back to the store for a chlorine-free shock that tends to affect the pH so add some soda. Also, certain chemicals will only work if you add them the right way, e.g. B. shortly after brushing the pool walls with a stiff brush.

So what is this all about? The simple maintenance of a pool with healthy water chemistry requires only 10 minutes of maintenance per week. Bringing a pool back to healthy water chemistry, on the other hand, is a frustrating process, where things affect other things and the system doesn’t always behave as it says or should in the package instructions for that chemical.

A common lament of those who believe that pre-car traditional urban design serves human needs better than many of the places we build today is the effort involved in any attempt to replicate these time-tested shapes. Yet societies far poorer and less technologically advanced than ours not only built places that are still popular today, but in some cases built them at a breakneck pace. “If they could, why is it so difficult for us?”

Our metaphor provides an answer that is by no means definitive, but nonetheless helpful: You worked with a clear pool. We start with a cloudy, green one.

You can build a beautiful, decent road these days that has a vibrant mix of activities, but it won’t be a cheap or easy way to build it. And sometimes the reasons why it’s difficult overlap in frustrating and confusing ways. It’s not just the zoning, but also the building code. It’s not just the building code, but also the financing. It’s not just about financing, but also about the cost of construction work and materials. Not only that: there are also the land costs. Often times, when you ask a development professional how to overcome these barriers, they just shrug their shoulders and say, “This stuff is heavy. It cannot be scaled well and the economy does not normally work. “

However, the status quo does not “work” in any other way. The systems that determine our pattern of evolution are distorted, and you cannot cleanly separate one distortion from another. In addition, our cities are measurably unhealthy. We see it in:

But from a systemic point of view, our current pattern of development is not really like this murky green pool.

In fact, our predicament is much worse. How complex is a pool really? The water is affected by organic contaminants entering, but it’s a fairly closed environment. The number of variables is not that great.

In a complex system, on the other hand, we speak of millions of variables. Causes and effects that are difficult to understand. We can quantitatively measure outcomes that are important to us, and we can often observe mathematical relationships that seem to determine them. But that doesn’t mean there is an easy answer on how to get it back up to the level you want.

Conservation biologists know this well. Ecological remediation is not an easy or quick job. And unlike when your pool is full of algae, you can’t go nuclear – the first thing they told me was to put so much chlorine in it to kill everything living in that water. There is no equivalent to rebalancing a system where life is the point.

Instead, small bridgeheads for good things are created in painstaking detailed work, which can then spread and multiply by themselves. There is also the removal of invasive species. But it’s usually surgical, otherwise the collateral damage would be too great.

I argued before that, basically, planners should be urban conservation biologists. Our goal is to identify when things are getting out of hand, track some of the feedback loops involved, and suggest interventions that can begin to fix things. They could be localized placement efforts aimed at planting a seed. They can also be policy changes, such as tax legislation, which is the loosely metaphorical equivalent of changing the pool’s chemistry to make it inhospitable to the invasive things you don’t want there.

But these interventions can’t be massive infusions of strength and capital, or we just end up bobbing from overcompensation to overcompensation … from solving one problem to creating three more. 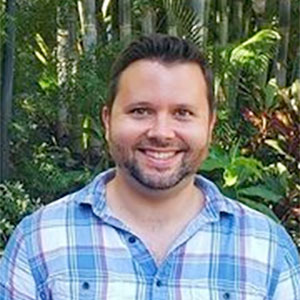 Daniel Herriges is Senior Editor for Strong cities and has made regular contributions since 2015. He is also a founding member of the organization. Daniel holds a Masters degree in Urban and Regional Planning from the University of Minnesota with a major in housing and community development. He grew up in St. Paul, Minnesota before moving west to the San Francisco Bay Area and later east to Sarasota, Florida, where he lives with his wife, daughter, and too many pets.